A New Year's message from yours truly...

I just posted the same September 11 tribute here as I did at my more active blogs: The NEW Eclectic Dragonfly and The Guilded Cage.  It shows up as long as I’m logged in – but as soon as I log out it vanishes!  It is set for everyone to be able to view it regardless of whether they have an LJ account or not.  And to add insult to injury, they have a picture of camel jockeys on the page you compose your post in! 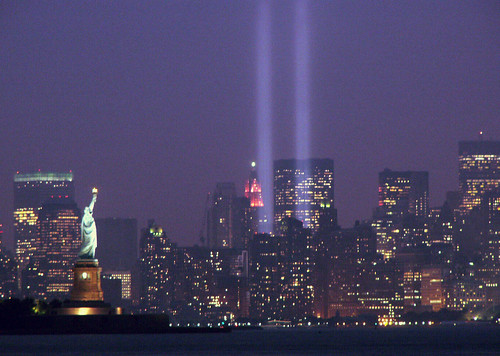 CNN is reporting that the President’s jobs plan may create as many as 1 million jobs.  They go on to add that ‘economists gave generally positive reviews’ to the President’s plan.

Um, FYI, the President gave a speech.  He hasn’t actually given us the plan.  The actual plan hasn’t even been written yet!

If you take that cost for each job and broke it down for one year’s paycheck for one person that’s:

Unless it’s the economist that’s getting paid that call it $215 an hour, how can they possibly consider this a good investment?  The President doesn’t care.  He’s spending our money on this lame brained idea, not his own!  And he’ll be out of office before the bill comes due.

Should Congress pass a cockamamie scheme like this?  With those numbers?  Where the ROI is only a million jobs?  And probably the vast majority of them will be bureaucrats overseeing the new Centralized Federal Workers Administration?  Lord help us!

“Und if you don’t like verre ve assigned you to verk you vill be reassigned instead to a kamp to be reeducated!”


America was nice while it lasted.

I most assuredly remember.

My household will be casting our ballots next Tuesday.

I hope you and yours will too.

What is the easiest way to archive all of the writing I've done hereabouts?  Short of brute force copy/pasting from each and every post into something like Word...

I just logged in for the first time in I don't know how long to remove a spam that had attached itself to a post from 2007.  Before LJ would let me log in they wanted me to sit through some spam of their own.  No wonder I never come here any more.

Do you hate the ads that don't allow you to go to the page you've clicked on as much as I do?  LJ has really become a pain in the ass to navigate since they added that little "feature" (bug).

CAUTION!  There is sound.  May be NSFW depending on your W...